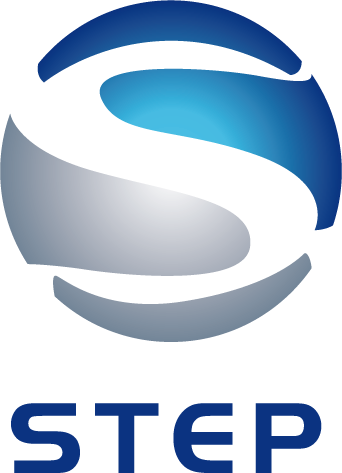 Xi 'an University of Technology

He received his Ph.D. degree in Computer Software and Theory from Xi 'an Jiaotong University in 2011. He completed his visiting study at University of Nebraska in 2009. He completed his postdoctoral research in Electrical Engineering at Xi 'an University of Technology in 2015. In 2017, he completed postdoctoral research in the Department of Computer Science at the University of Texas at Dallas. He has been studying the Internet of Things, artificial intelligence, big data processing and other related aspects, published more than 100 research papers, presided over the completion of 3 provincial and ministerial funds, won 5 provincial and municipal science and technology progress awards as a backbone, and participated in the completion of 6 national fund projects as a backbone. In 2019, 2020 and 2021, he won the second Prize of Shaanxi University Science and Technology Progress Award respectively. The first author has published more than 20+ high-level papers included in SCI journals, including ESI high citation (sustained high citation for more than 56 months +, Esi-high Citation in 2019, 2020 and 2021) and 19 hot articles + (top 0.1% in the world), A total of 6 papers in CAS -1 and CCF B international journals + (IEEE Trans on Service Computing and Information Sciences, IEEE-IOTJ, Computer Networks, IEEE Trans on Service Computing and Information Sciences, IEEE IOTJ, Computer Networks, The Pattern Recognition), As the corresponding author, he published 2 + papers in top journals of the 1st region of Chinese Academy of Sciences (IEEE Communication Magazine and IEEE Trans on Information INDUSTRIAL INFORMATICS respectively). The number of citations of published articles: the highest citation of a single paper by google is over 300 +, and the other citation of a single paper by SCI is over 200 +; Accumulative google citation more than 8817 + times, accumulative SCI citation more than 3818+ times.

Abstract: As Internet of Things(Iots ) are increasingly being deployed in some important applications, it becomes imperative that we consider application requirements in in-network processes. We intend to use a WSN to aid information querying and navigation within a dynamic and real-time environment. We propose a novel method that relies on the heat diffusion equation to finish the navigation process conveniently and easily. From the

Mohamed Shaaban received his B.Sc. (Honours) and M.Sc. degrees from Suez Canal University, Egypt and his Ph.D. degree (all in Electrical Engineering) from the University of Hong Kong in 1990, 1996, and 2002 respectively. He held previous appointments at Suez Canal University and Port Said University, Egypt, Qassim University, Saudi Arabia, University of Strathclyde, UK, Universiti Teknologi Malaysia, and Universiti Malaysia Sarawak, Malaysia. He was a Visiting Professor at Washington State University, Pullman, WA, USA in 2007 and National Chung Cheng University, Taiwan in 2015. He is serving as a Visiting Professor at Tanta University, Egypt since 2020. He is currently an Associate Professor at the Department of Electrical Engineering, Faculty of Engineering, Universiti Malaya, Kuala Lumpur, Malaysia. His current research interests include distributed generation scheduling, large-scale optimization, microgrid operation, smart distribution grids, renewable energy integration, and big data analytics applications in energy systems. He has more than 90 publications in various journals and international conferences. Dr. Shaaban is a Chartered Engineer, UK, a member of IET, and a Senior Member, IEEE.

Abstract: The aggressive integration of Renewable Energy Sources (RES) in large quantities into power grids, not only at the macroscale level at the transmission system but fundamentally at the microscale one at the residential customer end, is creating unprecedented challenges and complex operation paradigms for system operation and control. As much of the integrated RES have fickle characteristics, uncertainties in the grid system are further exacerbated. In this talk, the recent trend of shifting to RE-dominated grid system will be presented. The characteristics of the grid with 100% share of variable RE will be highlighted. The stochastic scheduling of generation under different operating conditions and services will be elaborated. Incorporation of smart grid tools such as demand dispatch, utility-scale energy storage, and flexible ramping products will be further illustrated.

Dr Lim Boon Han is an Associate Professor at Universiti Tunku Abdul Rahman, Malaysia. He obtained his Bachelor of Electrical Engineering and PhD in optical engineering from the University Technology of Malaysia. His PhD was related to the reflectivity measurement of solar reflective materials using laser optics. During the training, he also gained some experience setting up the optical, control and mechanical systems of a gravitational wave detector. After his PhD study, his research crossed over concentrated solar thermal energy, sun-trackers, and photovoltaics (PV).

He worked in China for 10 years, in both academic and industry. Initially, he continued the research of solar furnaces using non-imaging focusing heliostat (NIFH) with the spinning-elevation tracking mechanism at the University of Science and Technology of China. Later, he continued the research at a spin-off company where he led teams to a) build the early batch of government-subsidized solar power demo plants in China, b) invent and mass-produce the world's largest dual-axis sun-tracker, which the diameter is 35 m, c) improve and mass-produce high-temperature NIFH solar furnace to purify metallurgical silicon into solar-grade silicon feedstock. The solar furnace project was awarded the "China Top Ten Science and Technology Progress Awards 2009" by both the Chinese Academy of Science and the Chinese Academy of Engineering. After 2011, he focused on designing and improving the performance of PV power plants. In 2014, he returned to Malaysia, and now he focuses on high-resolution solar irradiance and its applications to optimize PV power plants design in the tropics.

In professional organizations involvement, he was an active member (2015 – 2020) of the Global Young Academy (GYA), the Malaysia representative to the International Electrotechnical Commission (IEC) standards, TC82-WG3 (PV system), the honorary member of Malaysia Photovoltaic Industry Association (MPiA) and a working group committee on photovoltaic standards of Department of Standards Malaysia.

Abstract: Solar energy, as one of the modern renewable energies, is gaining popularity globally. It has come to the stage that different climates may need different types of photovoltaic (PV) modules to improve the harnessing efficiency of solar energy. The International Technology Roadmap for Photovoltaic (ITRPV) has projected an increase in the use of special PV modules for the dessert and tropical regions after 2020. Similarly, the optimal design and the techniques to improve the performance of PV plants in the tropics are essential nowadays because many of the current design techniques were originally developed in the non-tropic region. In this presentation, we would like to show the progress of a few projects that we developed for the applications in the tropics. They are 1) discrete-controlled water-cooled PV system, 2) optimal inverter sizing ratio for large-scale solar power plant, and 3) module temperature estimation using time-specific and angle specific Ross coefficients. All the projects are related to the characterisation of solar irradiance database in the tropics and it concluded that high-resolution solar irradiance data collection is important for increasing the accuracy to yield optimal design or to improve the performance of PV plants in the tropics